Chemical amount and its unit of measurement, mole

What is the meaning of chemical amount?

How do chemists use it?

How do chemists measure the chemical amount of stuff?

What is the unit of measurement?

One of the most challenging concepts to understand in learning chemistry is that of chemical amount.

Prof Bob and some others use the term chemical amount instead of the official term amount of substance, often abbreviated to simply amount - but this does not distinguish it's specific meaning from other everyday measures of amount - such as mass, or volume, or number.

The purpose of the concept of chemical amount is that it allows us to "count" the number of atoms or molecules in a sample of substance by weighing the sample. The link between its mass and the number of particles is the chemical amount, of which the unit of measurement is a mole.

Quantities, and their units of measurement

For comparison, let's begin by looking at some other quantities that we use every day, and their units of measurement. [Quantity is the general term used to refer length, volume, mass, chemical amount, etc.]


​But we haven't yet got around to making sense of what is meant when we refer to the quantity chemical amount. It is a little curious that the easiest way to define the concept of chemical amount is by reference to its unit of measurement (mole). Over to Prof Bob .........
Prof Bob and Aussie explore the meanings of the terms "chemical amount" and "mole". 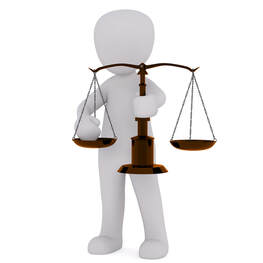 Using a device for 'counting' money .... or chemical amount.

'Counting' by weighing - an analogy

In chemistry, the basic 'packet' is called a mole. And each packet corresponds with a lot more than 5 units, where each unit is one particle of the substance ... as we shall see.

Defining chemical amount (via the mole)

The chemical amount of a species is a measure of the number of  that species in a particular sample. It is defined as follows ...

The chemical amount of a sample of a substance is 1 mol if that sample contains 6.02214076 × 10^23 particles of specified type.
​
​It might be clarifying to realise that this definition corresponds with the following definitions of other quantities in terms of their units of measurement: ​
​So, a bag containing 10 parcels (oops ... moles) of a substance has in it 6.022  x  10^24  particles.

And if we know the mass of one mole of the substance (which is different from substance to substance), we can 'count' the particles by weighing the sample of substance.

​The accepted international symbol for chemical amount is n.

By the way, it is fairly common for people to write or say, for example: "The number of moles of stuff in the sample is 0.219".

Do yourself a favour in long term and say it this way: "The chemical amount of the stuff is 0.291 mol".

​Usually, the particles specified are those of which the substance is composed:

That number ......  The Avogadro constant

The masses of 1 mol of substances: molar mass

​One mole of each substance (the amount of it that contains 6.022 × 10^23 particles) has a particular mass, – different from substance to substance.

Chemical amount: So what?

The concept of chemical amount is the foundation of all quantitative chemistry. When you are learning chemistry (or doing chemistry) you can't get very far without reference to the amount of a substance or species, measured in moles.

Foreshadowing the content of Module 0505 Chemical equations: What can they tell us? and Module 0506 Limiting reactants: How much reaction can happen? if we know the balanced chemical equation for a reaction, we now have the tools to do the following ……
And foreshadowing the content of Module 0907 Solution concentration, if the concentration of a solution is known, we can know the chemical amount (and, therefore, the number of particles of a species) in any given volume of the solution.
​ 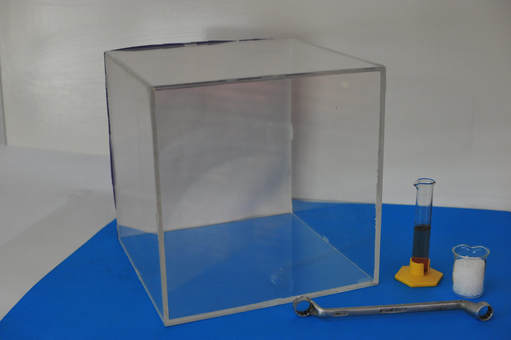 It's probably obvious that chemical amount, mole, and the Avogadro constant are interdependent on one another. You might find it interesting how these are defined by the International Union of Pure and Applied Chemistry (IUPAC), the world governing body of chemistry.

IUPAC has published the Compendium of Chemical Terminology (also called the IUPAC Gold Book) with up-to-date definitions for every term used in the field of Chemistry. The definitions are, of course, strictly accurate, but since they have been formulated by chemists, and for chemists, you might find the mode of expression interesting (and perhaps odd?).

Follow the links to see the definitions of chemical amount (also called amount of substance), and mole.

In Wikipedia you will find broader discussions, with some historical context, of amount of substance and mole.

Measure your progress of understanding about chemical amount. 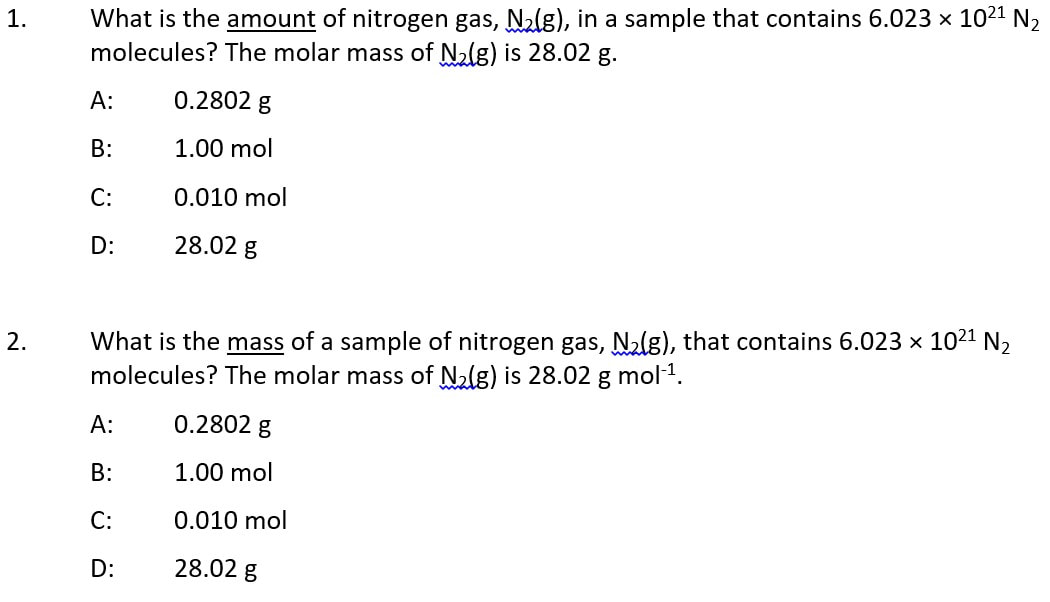 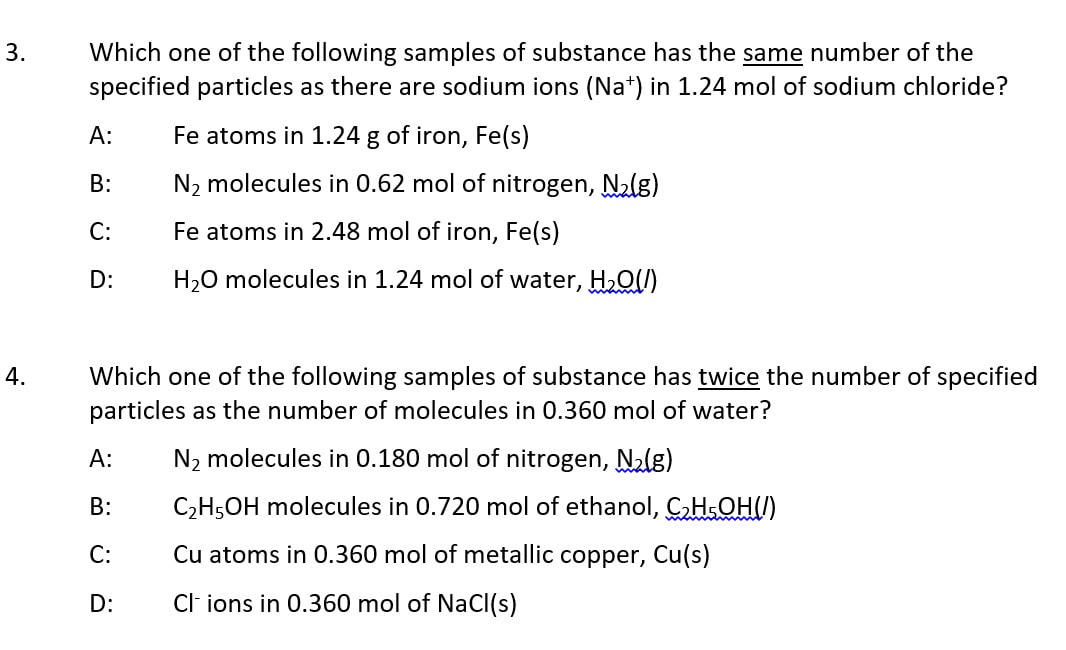 ​
© The content on any page in this website (video, text, and self-check) may be used without charge for non-commercial educational purposes, provided that acknowledgement is given to the Aha! Learning Chemistry with Prof Bob website, with specification of the URL: ahachemistry.com.
Proudly powered by Weebly