The Avogadro constant: How many particles is that?

A mole of stuff - one packet of particles

Every packet of every stuff, same number of particles

How many particles in the packets?

​
​One mole of any substance contains the same number of particles as 1 mol of any other. That number is staggeringly large. Just how many? You won’t believe it! You won’t even be able to understand it!

Well, even Prof Bob can't .......
Watch Prof Bob and Aussie arrive at the ridiculous number that is the Avogadro constant
This post is closely related to post 0501 Chemical amount of a species and its unit, mole,  as well as post 0503 The Avogadro constant: Why that number?

KEY IDEAS - The Avogadro constant: How many? 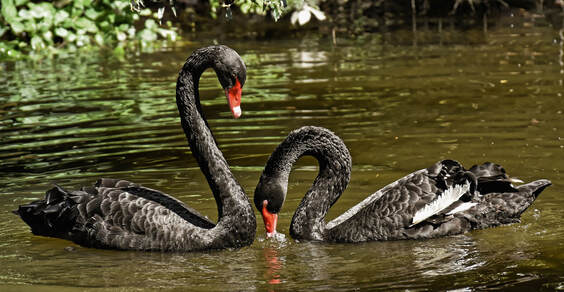 Keep an open mind. It's not so long ago that everybody in the world, except indigenous Australians, took it for granted that swans are white.

​An apology. My website editor does not allow formatting of superscripts and subscripts. I can do 'pretend' subscripts by dropping the font size, but superscripts (such as charges on ions, and exponents of the power of 10) remain inline and same font size. I hope that you can deal with this and that it is not too disconcerting.

1 mol of any (and every) substance is the amount of it that contains 6.022 × 10^23 specified particles (See Module 0501 Chemical amount and its unit of measurement, mole).

This number is called the Avogadro constant (symbol NA  ). In some older books, it is referred to as Avogadro’s number.

How big a number is the Avogadro constant?

If we have 1 mol of a substance and we could remove one million particles every second, non-stop, day and night, it would take us 1.9 × 10^10 years to count out all of the particles. The duration of time since the “big bang” is estimated to be 1.5 × 10^10 years (15 billion) years. So, by now we would have counted out only 80% of the particles!

The important “takeaway message”: The number of particles in 1 mol of a substance is more than we can comprehend.

To understand chemistry, we need to have good visualisation of the substances and reaction mixtures that we are considering.

And the number of them is not just in the thousands, or even in trillions, ....... so many more! It’s a crowded environment!

Another analogy about the number of particles in 1 mol

Prof Bob thinks that the counting-out exercise in the video is the most effective eye-opener of all. But here's another thought ....

Do we always need to know how many particles?

So, we usually don’t need to know the absolute number of particles in a sample of stuff - just whether the numbers are equal, or in the ratio 2.15, or whatever ......
​

​Well, why don't you jump to to Module 0503 The Avogadro constant: Why is it that number?

Anyway, who, or what, is Avogadro?

Well Lorenzo Romano Amedeo Carlo Avogadro di Quarenga e di Cerreto (known to his mates as Amedeo, and probably to his sister as Ammy)  was an Italian nobleman who was also a chemist and physicist.

He lived from 1776 to 1856. He was born two years before English settlement at Sydney, one month before the USA Declaration of Independence, and .... (insert your own relevant context).........​

You can learn more about him at Amedeo Avogadro.

He not only has a constant, he also has a law!

Perhaps you might like to find out about Avogadro's law, which relates the volume of a gas to the chemical amount of the gaseous substance - which of course involves the Avogadro constant.

SELF CHECK: Some thinking tasks 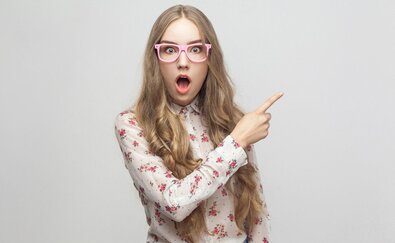 I was reflecting upon the content of this module when I went to a restaurant to order an avocado toast. The waiter was a chemistry student. I am still trying to work out why I received ​602214076000000000000000 pieces of toast! Any ideas?

If I ate one piece of toast every second continuously 24/7, how long would it take me to eat my breakfast?