How much has the concentration of carbon dioxide in the atmosphere increased since the beginning of the Industrial Revolution?
​

For centuries the concentration of carbon dioxide in the atmosphere has been fairly consistent at about 275 ppm. At this level, the greenhouse effect controls the average temperature at the surface of Earth at about + 15 °C, which is 33 °C higher than if there were no carbon dioxide (Module 2704 Does carbon dioxide affect Earth’s energy balance?).

In return for the benefits that we have enjoyed from the industrial era, is there a payoff coming? During this period, the concentration of carbon dioxide in the atmosphere has increased dramatically – although it could still be considered low (42 carbon dioxide molecules in every 100 000 molecules in the air). 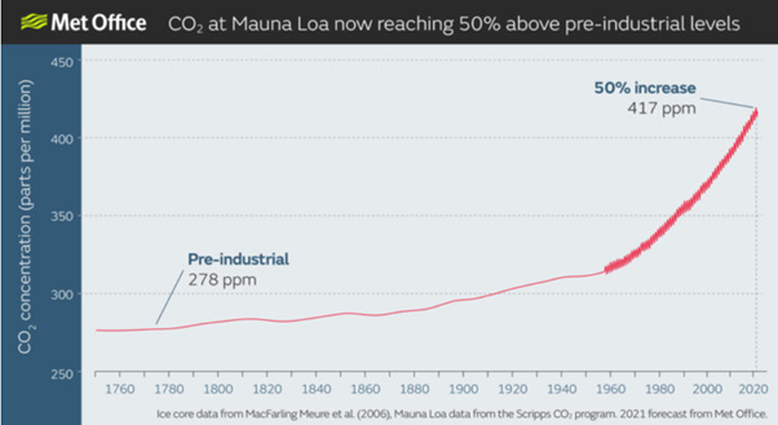 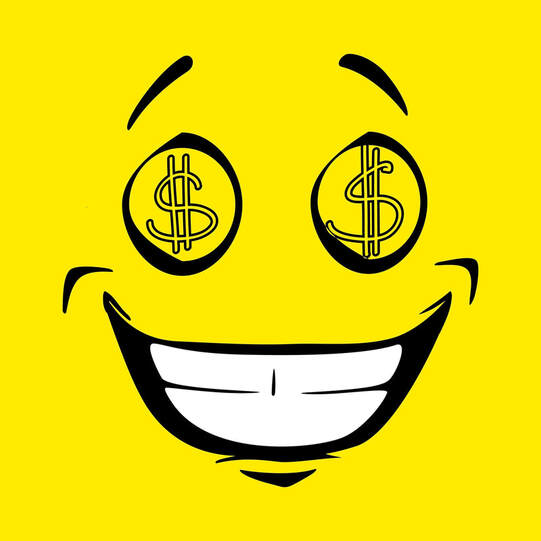 “The carbon dioxide concentration has been high before! No problem.”
They should stop trying to confuse the voters ....
​ 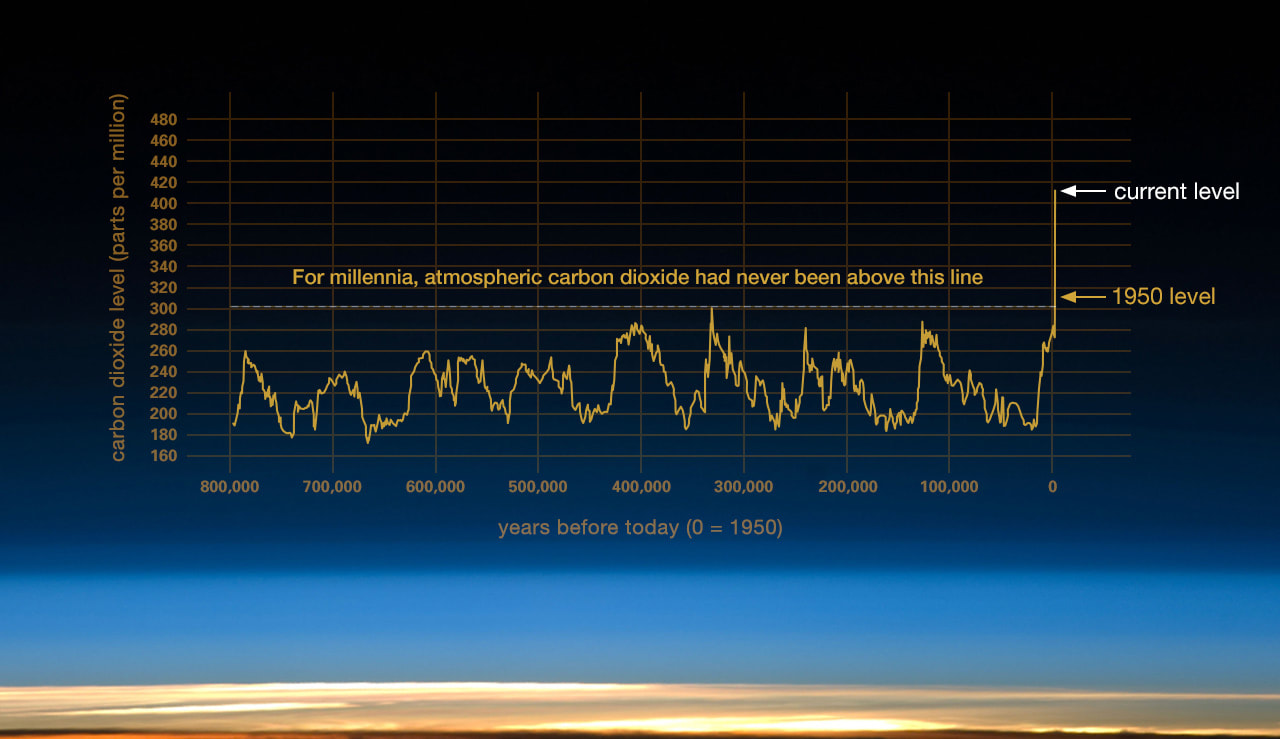 For the past 800 000 years, the carbon dioxide concentration has not exceeded 300 ppm – the same as it was in 1950. It is now 421 ppm. Graph courtesy of NASA.
There is no doubt. Ignore the discombobulators. 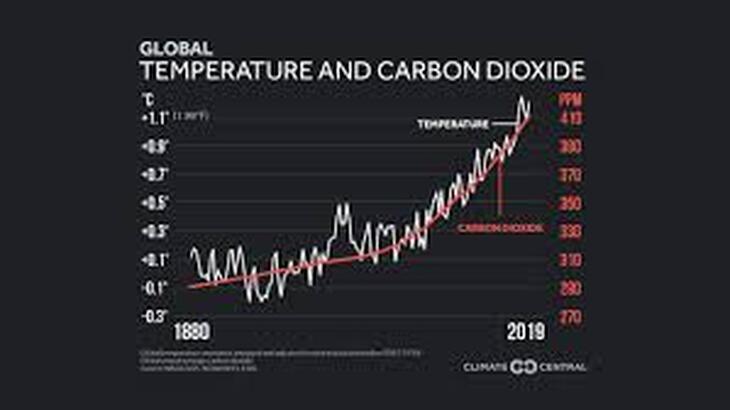 Of course, these problems cannot be attributed to carbon dioxide. The fault lies with human beings. Us. 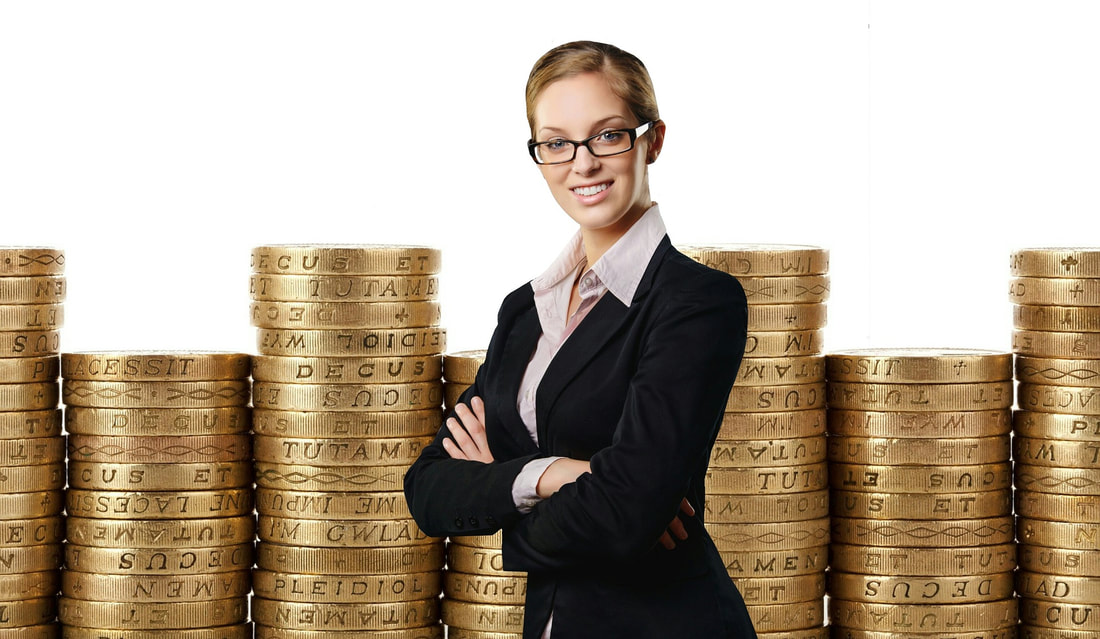 “Scientists can’t agree on Earth’s temperature changes, so it is all a fraud.”
Yeah well ….
​ 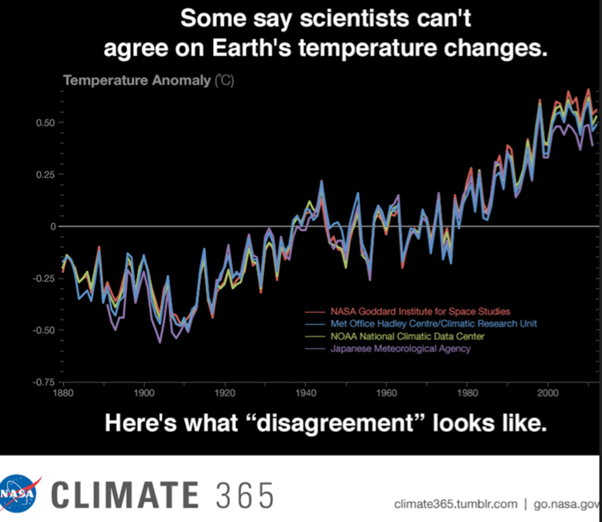 Here’s what “disagreement” looks like! The four sets of data are measurements, obtained by different methods, from four different high-level research institutions in various countries.
An analogy would be if two different international astronomers have simultaneously, but independently, identified a previously unknown exoplanet. One publishes an estimate that it is 195 742 light years from Earth, but the other has estimated that it is 195 751 light years away.

​Do we conclude that they don’t agree, so their findings are untrustworthy – so let’s not believe anything they say?

There is no doubt.
And just for interest .....
​
You may have noticed the wavy values in the concentrations in the graph of increasing carbon dioxide concentrations since direct analyses have been carried out. Let’s have a closer look …..
​ 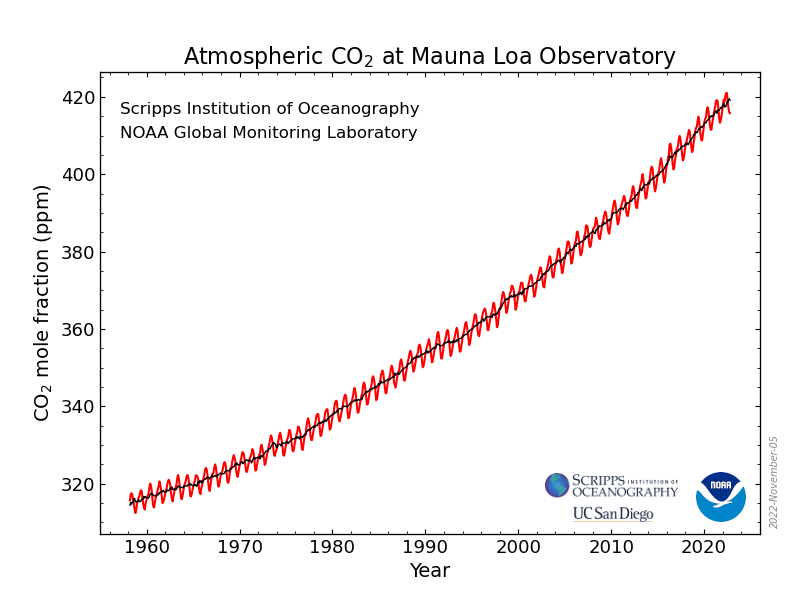 The concentration of carbon dioxide in the atmosphere has one maximum, and one minimum, each year.
Zooming in further, to the past few years .....
​ 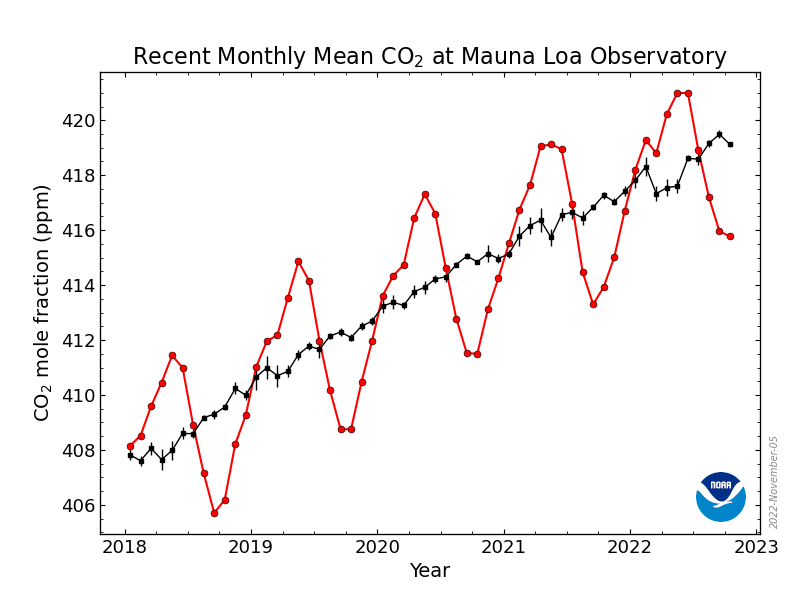 The data points on the red line are month-by-month measurements. After a maximum each March-April, concentrations begin to decrease each May, bottoming out each November before increasing again. Hawaii is in the Northern hemisphere.
Can you explain that natural phenomenon?
​