Carbon dioxide from our cars. How? How much?

How is carbon dioxide produced in internal combustion engines? Where does it come from?
​

How much do our cars produce? Tiny amounts, surely?

Prelude
​
Hopefully it is not too far into the future before this module is irrelevant because all of our cars will be powered by electric motors, rather than internal combustion engines.

But if you have an electric car, don’t feel too saintly unless you know that the charger you use to replenish the batteries is not drawing its energy from a coal-fired power plant. If it is, then instead of carbon dioxide spewing out of the exhaust of your car, it is spewing out of the smokestacks of the power plant. You have simply shifted the location of the source of carbon dioxide.

Combustion is the term for chemical reaction with oxygen.

If the fuel is a compound (or mixture of compounds) whose molecules contain carbon atoms, carbon dioxide is a by-product of the chemical reaction of combustion.

Balanced chemical equations (Module 0505, Chemical equations: what can they tell us?) that represent combustion of various compounds are shown below. All reactants and products are in their gaseous states, as they are during combustion. 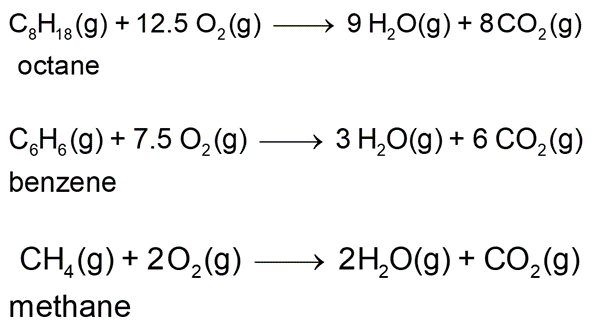 There is no avoiding it: carbon dioxide is always produced by combustion of carbon-based fuels. The only differences are in the amounts of carbon dioxide produced – per mole of fuel, per kilogram of fuel, or per unit of heat energy released. 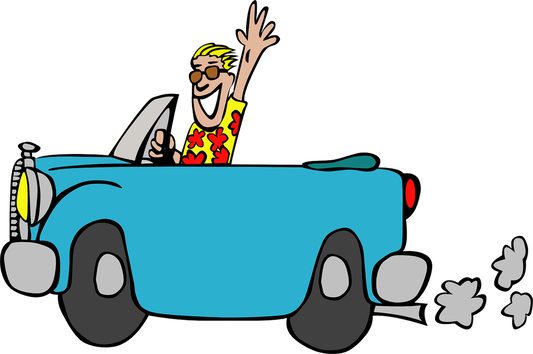 Black stuff that you might see coming from a car, truck, or factory is not carbon dioxide – although it is certainly a pollutant. It is more likely to be smoke (particles of carbon that we call soot). Carbon dioxide is a colourless gas. It is being emitted, but we can't see it.
How much carbon dioxide do our cars produce?
​
It’s time to get into some stoichiometry – calculations based on balanced chemical reactions (Module 0505 Chemical equations: What can they tell us).

The petrol (or gasoline) that we put into cars is a mixture of many compounds. For our purposes we can presume that the compound octane (C8H18) approximates the behaviour of the mixture.

​
Shall we go for a drive?
​
Let’s drive our car for 500 km (in one trip, or in several – that is irrelevant)
Off the top of your head, guess how much carbon dioxide comes out of the exhaust.

Not my car, surely! What will I do about it?

​
And that was just one car!
​
Imagine all of the cars, trucks, planes, industries all burning carbon-based fuels all the time ....

Using our three-times rule, we can estimate that the global emissions of carbon dioxide for energy production is about 36 000 000 000 tonnes.
​
No wonder that photosynthesis and dissolving in the oceans have trouble keeping up! 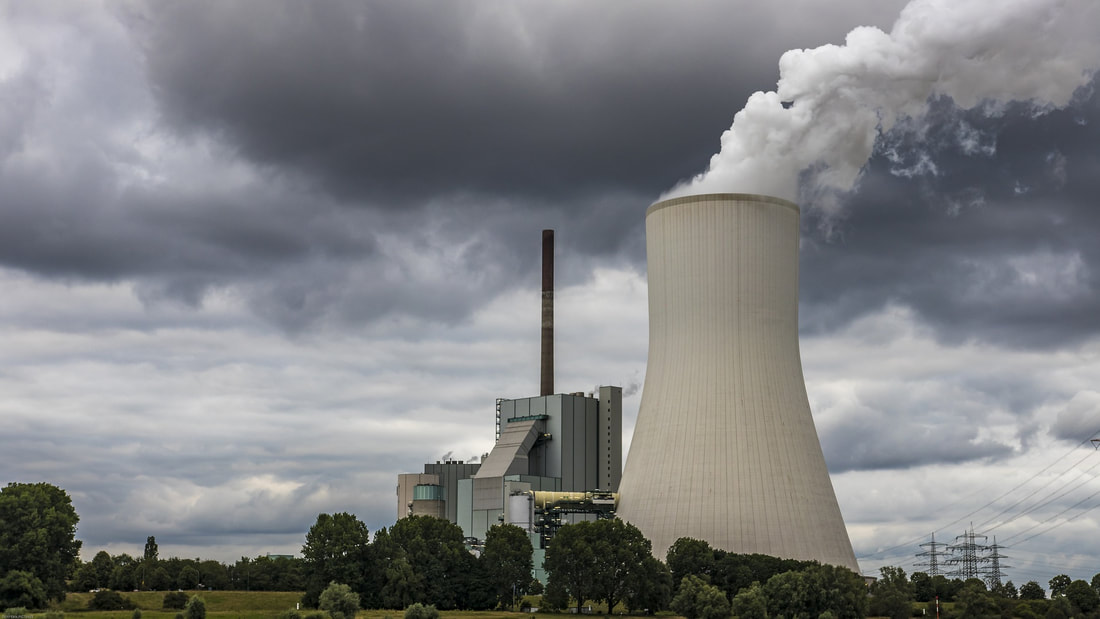 The white stuff that we can often see being emitted from factories and power plants is not carbon dioxide. It is probably steam: fine droplets of water. This is not a pollutant. The invisibility of carbon dioxide gas is one of the problems with dealing with it’s increasing concentration. If you can’t see it, does it exist? Just imagine if carbon dioxide was purple!