Why do carbon dioxide molecules absorb radiations emitted from Earth?

Is it because of some characteristic of carbon dioxide molecules?

Or because of some characteristic of the radiations?
​

Before we begin ....
​
Let’s give some perspective to our questions:
So it seems that carbon dioxide molecules and the particular radiations emitted from Earth are made for each other. There is something special going on between them.
​
​
What is characteristic about the emitted radiations?

The wavelengths (or photon energies) of the radiations emitted from Earth are dependent only on the temperature of the Earth’s surface (See Module 2708 Why doesn’t carbon dioxide absorb the radiation that comes from the sun?).

These radiations are in the “longwave infrared” regions of the electromagnetic spectrum. 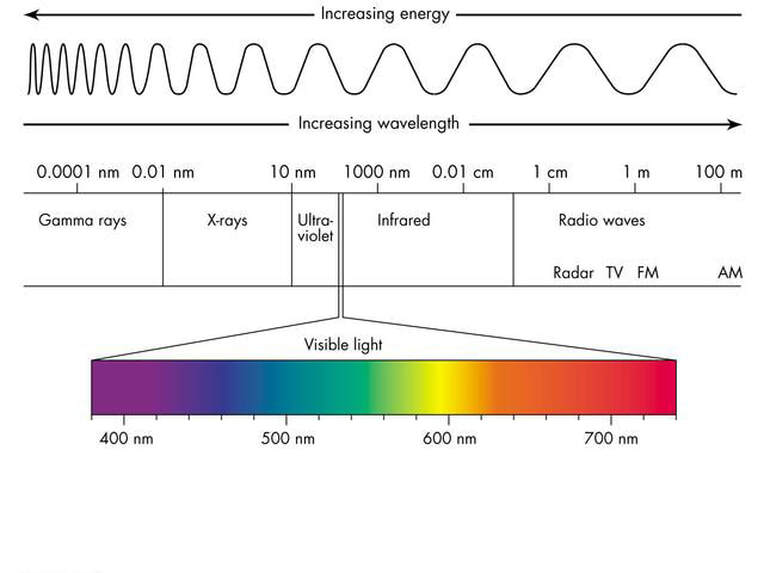 Let's look at the other side of the equation .....

​
​
Carbon dioxide molecules: How "excited" can they get?

I’m not sure if is more technically correct to say that a molecule absorbs a photon, or if it absorbs the energy of the photon. Let’s not get too hung up about it: either way, the photon no longer exists, and the molecule has more energy than before.

What follows is enough for you to get the hang of what’s going on, but is not the full detailed story. Is it ever?

The answer is ….. “Quantization” of the energy of vibration of molecules: Molecules can only vibrate at particular levels of energy. They cannot vibrate with energy different from those “allowed” levels.

You may have encountered the notion of quantisation previously in another context (Module 2201 Quantisation of forms of energy).
​ 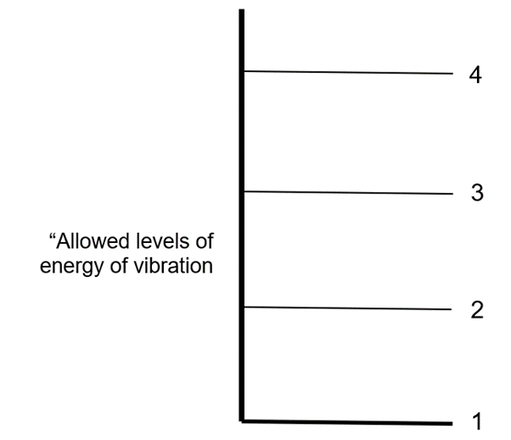 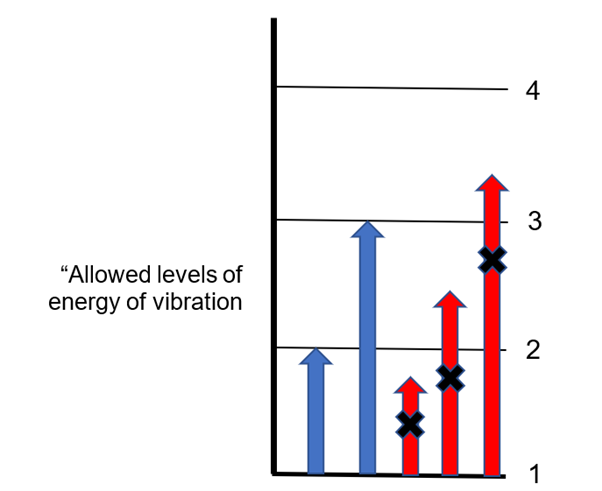 Jumps in energy represented by the blue arrows (from level 1 exactly to level 2 or level 3) are possible. But jumps represented by the red arrows would take the energy of vibration to a level that is not “allowed”. So, the molecule can absorb a photon whose energy is the same as that portrayed by a blue arrow, but cannot absorb photons with energies different from these.
Here’s the rub. Putting one and one together ….

It just happens that the energies of photons of the longwave infrared radiations emitted from the surface of Earth are closely equal to the gap between levels 1 and 2 of the vibrational energy of carbon dioxide molecules.
​
So they can be – and are – absorbed.

If the emitted radiations had longer or shorter wavelengths, the carbon dioxide molecules would usher the photons on their way to space, with a polite "Sorry, I can't take you." That would be called transmission (rather than absorption) of the radiation.

​
Infrared absorption spectra
​
Here is a trace of how much of infrared radiation is absorbed (or transmitted) by carbon dioxide as we gradually change the wavelength of the radiation.
​ 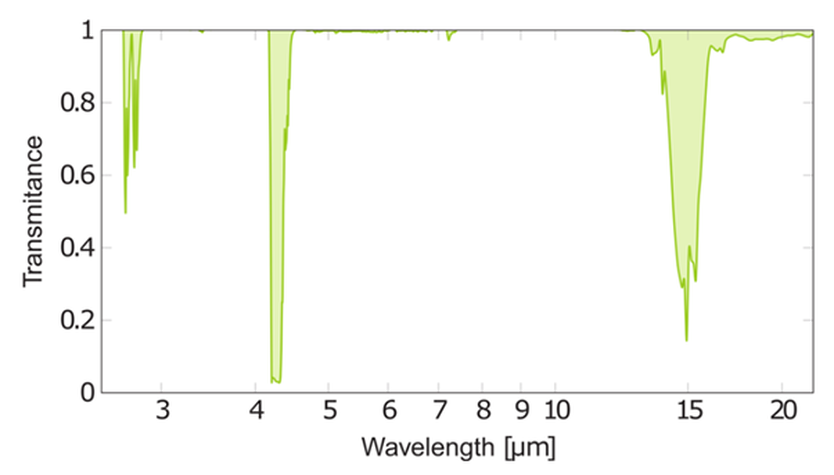 The infrared absorption spectrum of carbon dioxide.
The spectrum shows us that carbon dioxide absorbs radiation with wavelength about 4.3 µm (4300 nm). The energy of these photons is equal to the gap between “allowed” energy levels of the molecules.

I confess to a simplification of the story to avoid complexity and discombobulation - but which might have had you raising your eyebrows questioningly.

According to my story, the only photons that would be absorbed are those whose energy is exactly equal to the gap between vibrational energy levels 1 and 2 of carbon dioxide molecules. This would result in absorption at exactly one wavelength, rather than over a narrow range of wavelengths, which we call an absorption "band".

LEARNING CHEMISTRY FOR UNDERSTANDING
© The content on any page in this website (video, text, and self-check) may be used without charge for non-commercial educational purposes, provided that acknowledgement is given to the Aha! Learning Chemistry with Prof Bob website, with specification of the URL: ahachemistry.com
Proudly powered by Weebly